So, this weekend I was at home and got "When are you finally going on a diet?" from my aunt. My mother stopped doing that after I told her about my ED. I have struggled with weight for more years than I would like to admit. And it´s so fucking ironic, that this comment got me over my head with obsessing over calories and reading about weight loss again. It is so fucking ironic, how this little jab makes me feel anxious and into the diet/healthy/fitness again. I always looked at my previous blog, where I was applauded for my bulimia, restricting or not eating properly, exercising daily, and worshipping *Tumblr anorexia aesthetic*.

What always bugged me was the constant male gaze we all were under. I can't fathom how many times I was cat-called, especially when I was a teen. It is fucking gross. Recently I was reading some stories about other people and their journeys and this one stuck with me.

I don´t want to starve myself to be perceived as a goal. 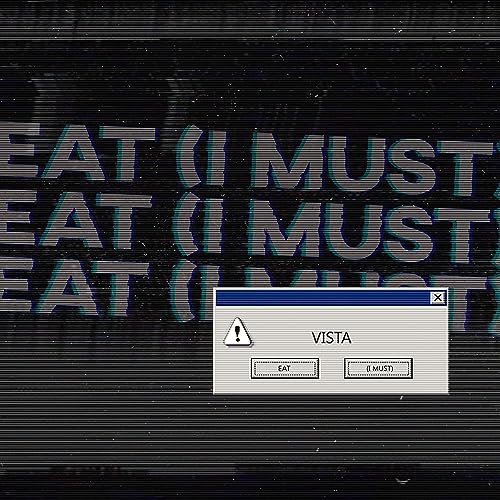 This is not a story I have openly shared with many out of guilt, shame, and embarrassment over what I put my body through when I was 16-18. Now at 25, I’d be lying if I said that what I see in my reflection lines up with reality. It was crucial to my healing process to write this song, as I was able to confront my guilt and acknowledge what I did wrong; over the years I have struggled with intense feelings of shame because I was unintentionally, but knowingly, putting my body in danger. The anorexic and dysmorphic voice in my head will always be present, and I have spent the last nearly 8 years learning how to live with the lies it tells me. I love you all n thank you for listening to the music we created to tell my story.
l i s t e n

what the f*ck is this

apríla 11, 2022
It has been five years since I posted anything. I will probably use this as a form of a diary with a backup. Just last year I found out that my previous post have been deleted. Also, my first ever blogs from when I was a kid, had been wiped out by the platform. I still struggle with the concept of losing my identity of myself. It felt like they stole it when it was not profitable. I get it is a naive point of view, but maybe I thought with the internet, it will be there forever. I guess forever came to an end quicker than I expected.  When it comes to my life in general, it still feels messy. I often get tangled up with self-sabotaging thoughts, sometimes I drink a lot and can't face the consequences. It feels like I need to get back to therapy. I deflect a lot and these past years I struggle with disassociation, being closed off, and being a coward. Anxiety is here too. I hope all will be well, but who knows. I certainly don´t.  Today my playlist consisted of Fidlar and Aiden. Fe
Čítať ďalej

For quite sometime I stopped with writing. I came to the conclusion that I was using this device for self therapy and obsessive criticism of myself and pitying my life. I associated my writing with my depressions and anxieties. I thought I could not write no more, because there is nothing to write about, since my "interesting glorified suicidal girl" persona has sank deeper and she has not appeared for more that few days in the past year. My mind was possessed with the idea of tortured writer and that for me to succeed and write "the truth" I need to suffer to express myself like all of "the good ones". It did not stop there. And yes, I was in a bad place. But I believe I am not anymore. So, here I am - still trying to figure my life out. But instead of relentlessly reading The Bell Jar while listening to Joy Division (not saying that I don´t do that anymore. It is still huge part of me), trying to be more productive and contribute to the society
Čítať ďalej
apríla 29, 2022

"This song hits different when you're in a dead relationship, where you both know there's no love anymore but you both stay because it's comfortable, and maybe you just don't care enough to leave. maybe there's something familiar about coming home to empty conversations that leave you feeling more hollow than before. something familiar about feeling a quiet sadness, yet not knowing why, and letting it get worse because it's just dull enough to not matter but painful enough to be noticed. something familiar in not knowing if you'll ever feel okay or normal again, but it's alright because, on paper, you should be happy. so why are you sad? why do you feel so damn empty? why don't their "I love you" do anything for you anymore, why don't you feel anything when you take them for dates or look into their eyes, where's the stutter in your heartbeat? when you leave for work, you don't say goodbye anymore, and most days are silen
Čítať ďalej